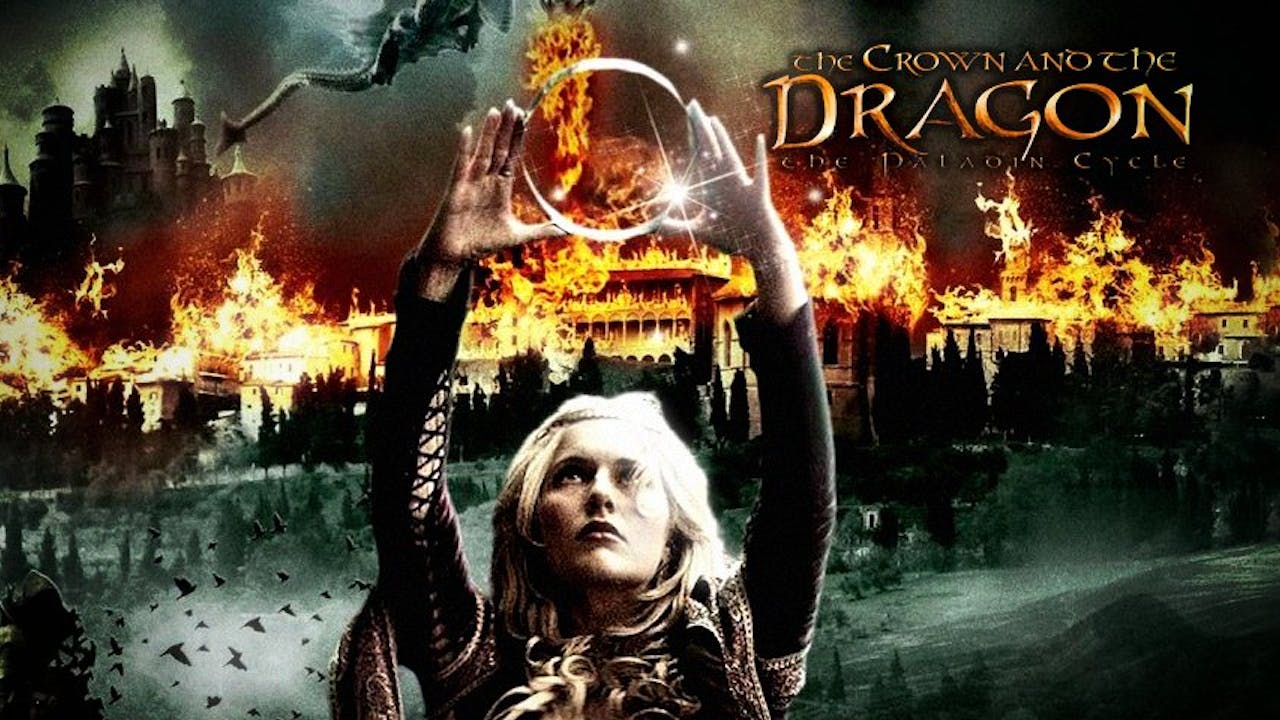 The Crown and the Dragon

In a country cursed with a dragon, Elenn, an arrogant young noblewoman, accompanies her aunt on a mission to bring an ancient relic to the secret coronation of the rightful king of their people. When her aunt is murdered on the road by occupying enemy soldiers, Elenn hires a smuggler and criminal, Aedin, to escort her across the dangerous country so she can take her aunt’s place at the coronation. But when Corvus, a rogue magister of the empire, employs a dark magic to retrieve the ancient relic for his own evil designs, Elenn must find the humility and strength within herself to fulfill her aunt’s calling to free her people, and become a Paladin – the long foretold dragonslayer.
﻿
Starring: Amy de Bhrun, David Haydn, Tim Treloar, Vidal Sancho
Directed by: Anne Black
​
Running Time: 96 minutes