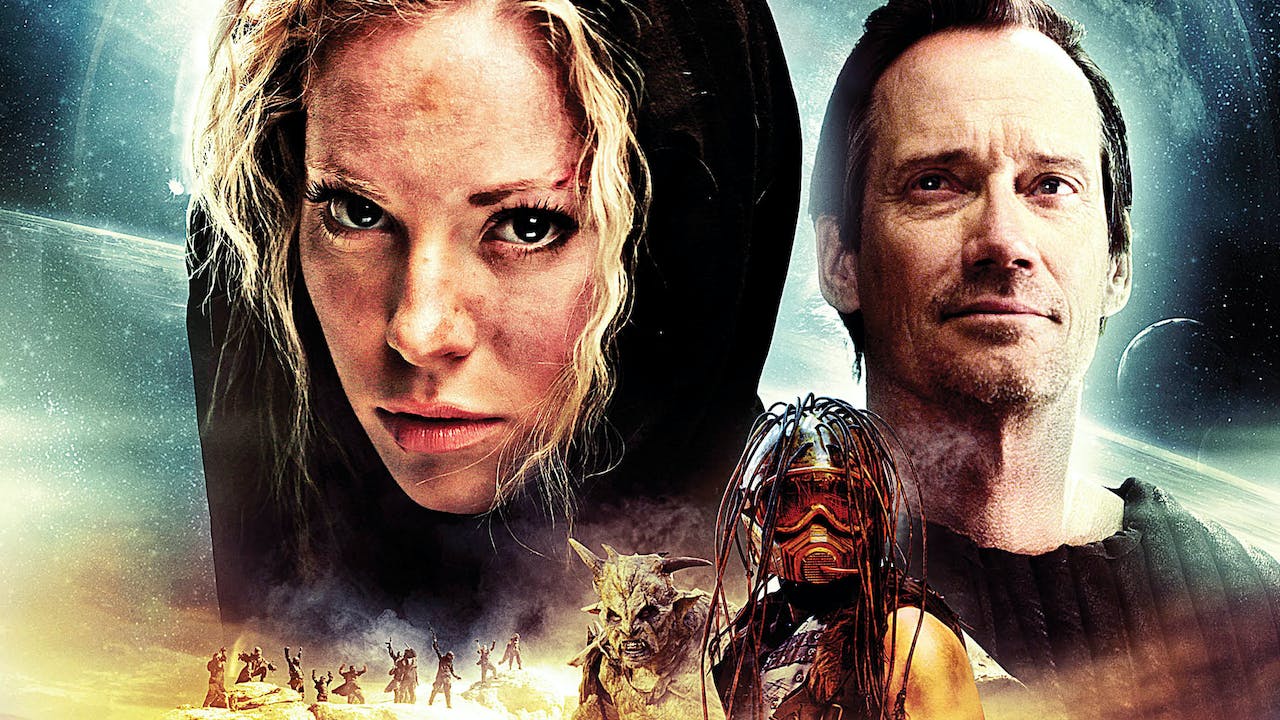 Just as young Kate Mitra discovers a habitable planet for what's left of humankind, a meteor strike destroys their space craft, crash-landing them on a mysterious barren world. As Kate, Captain Hunter (Kevin Sorbo), and the other survivors gather, they are ambushed by a band of post-apocalyptic warriors and mutated savages. Kate awakens bound in a cave, trapped by flesh-eating cave creatures and separated from her friends, and must learn to trust the planet's mysterious humanoids in order to outrun, outsmart and outfight hordes of bloodthirsty aliens and an enormous mutated wolf creature, and rescue her friends and her captain before they are all eaten alive.